It was an ordinary day when I sat on the train from home to office and this book changed my life. 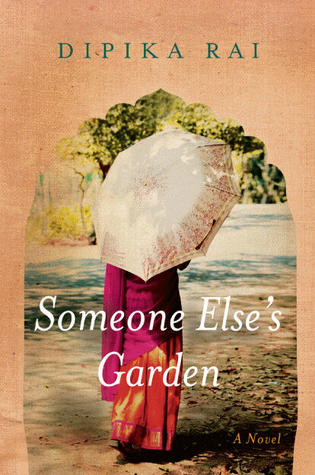 Ok, change my life sounds too exaggerating, but I swear this book has given a new perspective of freedom and independence.

I have been living my whole life as a free person and not even once I think about how living would be like when all your decisions were made by other people yet all the consequences had to be bear by you.

That’s a life as an Indian woman in a village.

They are forced to be married as young as 12 years old, and if nobody wants to marry her because she looks ugly (oh my god, I want to cry typing this… no women are ugly…) then the father would sell her to prostitution. Men don’t like feeding their daughter because it is considered as watering someone else’s garden. Because in the end a daughter will move out from house and serve their husband.

I quoted a line from an Indian woman in a documentary movie from BBC, “Being born as a woman in India is an unfortunate thing.”

The book led me to hours of watching Indian documentary in youtube and it bothered me in so many ways that a lot of bad thing happened in India to women just because they are women.

I kept thinking why didn’t they runaway and start a new life somewhere in the city? I better be starved to death than to live as a slave. But then it turned out, some women didn’t know the idea of freedom.

Oh how could a culture make such a suffering to a certain sex? How is an inferiority and superiority justified by what sex somebody was born as?

Then I watched a documentary movie called “Born into brothels” which won an Oscar on 2005.

A documentary photographer named Briski came to the brothels to take some prostitution photos where she met the children who were waiting to grow up and eventually become prostitutes too. She was then drawn closer with the kids and taught them photography.

Some of the kids were really good at it and Briski brought all their photos back to US for having a charity exhibition where the money raised were used to send the kids out from the brothels to a proper boarding school.

Years later, the kids were flown to US to attend an academy award because the movie won an oscar!!!

Fast forward to years later, which is now… They are mostly living in US and went to top universities. Even though there is one girl who was left behind and still living in a brothel because her mother didn’t allow her to go. :(

However, some of the kids really have their real-life happy ending. They could’ve lived their whole life as a prostitute and now they’re living their life doing what they like. One of the most talented kid in the movie now is an assistant director in the Hollywood. =)

So… No matter how people say what your destiny is, don’t believe them.

These kids were growing up abused mentally, told that they were born to be a prostitutes. At some point maybe they believed it, but in the end, when you really want to live, you will. =)

It’s the same as the book I read, even though it’s fiction (and it became too Disney-like at the end), it really moved me… that a clueless helpless Mamta, who was forced marriage and abused by her husband could find a strength to run away to a complete foreign possibility. It’s all because she eliminated her fear.

Sometimes in our life, fear holds us down from so many amazing things. Fear to step into a new place, fear to open our heart, fear of being lonely so we married the wrong people, fear of rejection…

We have to be brave.

Be brave, then we will be liberated.

And for all the women out there… never take your freedom for granted. Be grateful of your freedom and embrace it. Never feel inferior or superior to men because we are equal in god’s eyes.

We are just as free as men, as strong as men, as brave as men. We just wear more beautiful shoes and spend more times doing our hair.

Happy Valentine’s to all the women out there. You don’t need men to validate you. Be grateful today because not only you are lovely, you are also free. =)

And uh-oh, the post is not over until I give my favorite feminist quote:

21 thoughts on “For all the women out there!”