This is a blabbering post. Don’t tell me I didn’t warn ya!

So yesterday I tweeted that it’s been 6 years and 6 months together with Bandi. Apparently some people found it weird that I don’t do anything about it. They expected me to plan my wedding by this time of relationship and again, “in this crucial age” of a woman, of all the “We, women must have kids before 30 blah blah blah”.

Apparently readiness of having a kid is not the first priority. They were so scared that having a kid after 30 years old will turn the kid to be autistic. Well people, I tell you something. I also don’t want to have an autistic kid. I wish my kid to be healthy mentally and physically. Universe is so kind to me, I believe I will have the best kid possible. But people, do you prefer to become a parent when you are not ready to pass down value, when you don’t even know what’s your purpose of life, when you’re still as selfish as Kim Kardashian? NO! Your kid will turn out to have mental problem, a lot of psychological disorders and maybe, *knock on wood* will be a teenage slut because apparently she doesn’t get attention from her parent. WHAT JUDGES THAT IS BETTER THAN AUTISTIC?

When I was a teacher, I taught autistic kids. They are difficult. I know. But they will be easier when the parents are willing to communicate and cooperate with us, the teachers, than those normal kids who like to talk bad words and push other kids to bleeding (who are ALWAYS the ones having dysfunctional parents).

I’m not a parent, who am I talking about dysfunctional parents? I don’t know how hard it is to be parents. BUT I WOULD LOVE TO BECOME A PARENT SOMEDAY. A GOOD ONE.

Ok, let’s go back to the main idea of this post (the ones typed in black font).

Then people frowned upon my travel guts. That I’m willing to save money to travel but I’m no at all closer to wedding. I know what makes me happy, and if it’s not a wedding and a house, does that make me a social criminal?

(AGAIN, I would love to get married (chillax Bandi!)) I am not resenting wedding. NO, that’s not true. I love weddings. It’s just that it’s not my priority now. It’s like I want Macbook and travel to India. Then I prioritize India first before buying a Macbook. So, after I travel to India, then I will think to buy the Macbook again. But right now, I don’t want to buy the Macbook because my mind is filled with India. GOT IT?

Then again, what’s with the “Oh Poor Bandi, he had been waiting for May to be ready for too long…” WTF, people? Bandi is not waiting for me to get married. Remember the Italy vs Spain EURO CUP FINAL?

The Italy vs Spain EURO CUP FINAL side story

Bandi and I are tifosi numero uno of Italy National Team. We have different team on the Serie-A though. He’s worshiping Juventus while I’m forever with Parma. But when it comes to national team, we pour our heart out for Azzurri. In 2006, when we first got together, Italy won the World Cup. We were so happy we thought we are meant to be together forever, but everything went down hill ever since. Italy performed worse and worse. EURO CUP 2012 is a shock, including Balotelli’s performance. AND THEY WENT TO SEMI FINAL!!! We were so surprised, in a good way though. We never expected them to go this far.

Then Bandi said, “If they won the Euro Cup, We’ll get married the next weekend.” And I said yes.

Italy went to FINAL FOR GOD’S SAKE! They freaking defeated Germany!! Then I prepared myself to write a simple guest list, and to buy a cheap simple white dress. I was thinking to buy 7 stalks of Lilies for my hand bouquet and picked the church across our flat for the simple ceremony. I told Bandi that any rings will do.

It’s good to know that getting married in Singapore is damn easy! Government dying to have the citizens to be married and producing babies, thus getting married here is a piece of cake. I just need to bring 2 witnesses and then sign the paper.

But then, I’m ringless now. All because of that too-good-Spain national team!!!

My point is… I’m a girl who lives with impulse dramatic moments. I know I will marry Bandi eventually. (Come on, what’s about him not adorable?) but I just have to wait for the moment to happen. That moment of “This is it. Let’s do it.” People may not understand what I mean because wedding should be planned right?

But I know what I want. Again, I’m a person who really knows what I want. And for now, I don’t want wedding. I want to travel the world. And that’s not a sin. That doesn’t make people right to perceive me as immature and irresponsible. I’m just getting what I want, like all of those women looking for any guys to grab as long as they can get married.

Oh yeah about that, what’s wrong with that women? It’s really pissing me off!!!

Nowadays, with the ticking clock, women would grab any men they saw and got married. Just because they needed to be impregnated. THAT IS SO STUPID OH MY GOD I WANNA SHOT MYSELF.

Try falling in love, ladies. It’s worth the wait. 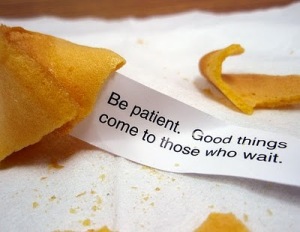 Let me tell you about my Shoe Philosophy.

A woman going shopping, she finds a nice wedges shoe. She tries it on. Oh, too big, there are no other numbers left. She puts it back and walks to another store. Wow, a very striking red stiletto.  She tries it on and it’s too small. She thinks, “I can live with it. I probably won’t find any shoe better than this.” So she buys it! And she lives with that painful foot all of her life.

If only she could be patience and walked to another store, she probably would find a fit winter boots that would be very comfortable for her.

Of course you can’t compare men and shoes. You can always throw away the stiletto and buy a new one. But this is just a way to perceive relationship. Usually the shoes that are being forced into your feet will hurt you, even though it looks good on the outside, you’re dying on the inside.

Don’t just grab the stilettos nearest to you, walk around and find the perfect one. It’s worth the wait and worth the effort. I believe that there is one perfect person custom made by god for anyone. I never doubt this, because I have found mine. And it feels soooo good in every way. And if only everyone wanted to wait to find the perfect ones, there will be no war.

I hate when women give excuses like, “All men are jerks”, “I’m on my thirties, it’s easy for you to say that coz you’re young!” or “I have already waited for too long.”

BULLSHIT. You’re just too lazy or too scared or too self-centered or too pessimistic. (Oh I have pessimistic people, they are the worst!)

Women can not always blame men when the relationship ends. Even if your men cheat on you, you must have blamed your judgement by choosing him at the first place.

Don’t swear on me for having a lucky life. I PERCEIVED MY LIFE AS LUCKY, THUS I BECOME LUCKY.

I was growing up in a very suicidal family, I wished everyday for my parents to be divorced, but they had worse, they must live with each other and tried not to kill each other everyday. I was always depressed about it back then, but now I laugh on it, sometimes I joked about it with my sister.

I blamed my parents for my skeptical perception of love and marriages, for my mental disorders and my suicidal attempts. I blamed my brother for taking all the attentions from me, for going to jail so I had to work my ass off for money so he won’t be killed by the other prisoners, for all the hatred I had created for myself, for my parents and for society. I cursed my friend for having a good parent, for having a caring brother and flawless skin. I was one hell of angry person. (I am still anyway. (LOL)) I closed my heart so tightly I was afraid a simple shake would kill me.

But then I met Bandi, and everytime I rest my head wrapped around Bandi’s arms, all the hatreds magically dissolve to be love, the world stops turning and it’s only me and him. It’s a very wonderful feeling and it’s true that they said Love Conquers All. It really does. It conquers all the differences, the fights about who should compromise to whom, the debate of whether Jesus Christ is just a really cool guy but not a messiah, a screaming over a smelly sock, a headache of managing our money, the lost house keys, or should we watch Juventus or Parma’s game or which cities should we visit first.

What I was trying to say is… Falling in love like in the Disney’s movie is real. The prince might not be riding the white horse, but he could still treat you just the same like the real prince.

And that being married doesn’t necessarily equal to being happy. This is the correct equation: 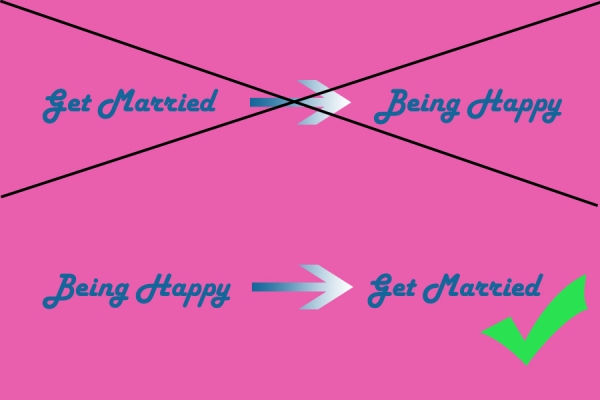 So if that guy makes you happy, then get married, make babies, repopulate the earth, I will be so excited to attend your wedding. But if he still treats you like shit and you’re still marrying him, then shame on you, woman! Shame on you!

I guess this is the end of my blabbering today.

Be happy people! Life is too short to be grumpy!

10 thoughts on “Blabbering about wedding, Disney’s princes, Euro Cup final, and a chance of getting knocked up.” 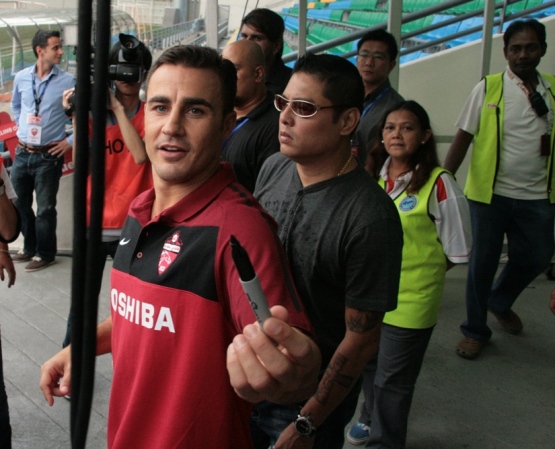 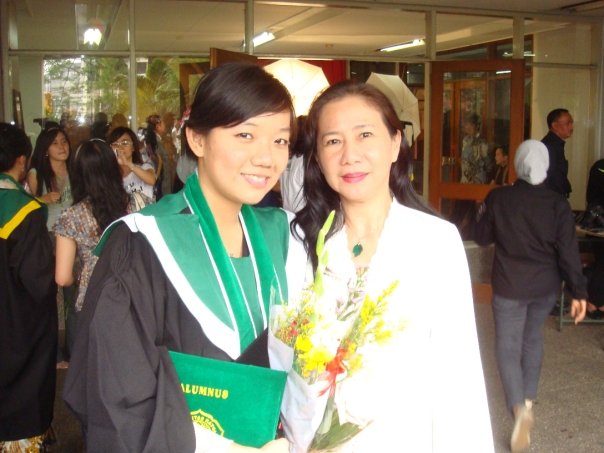 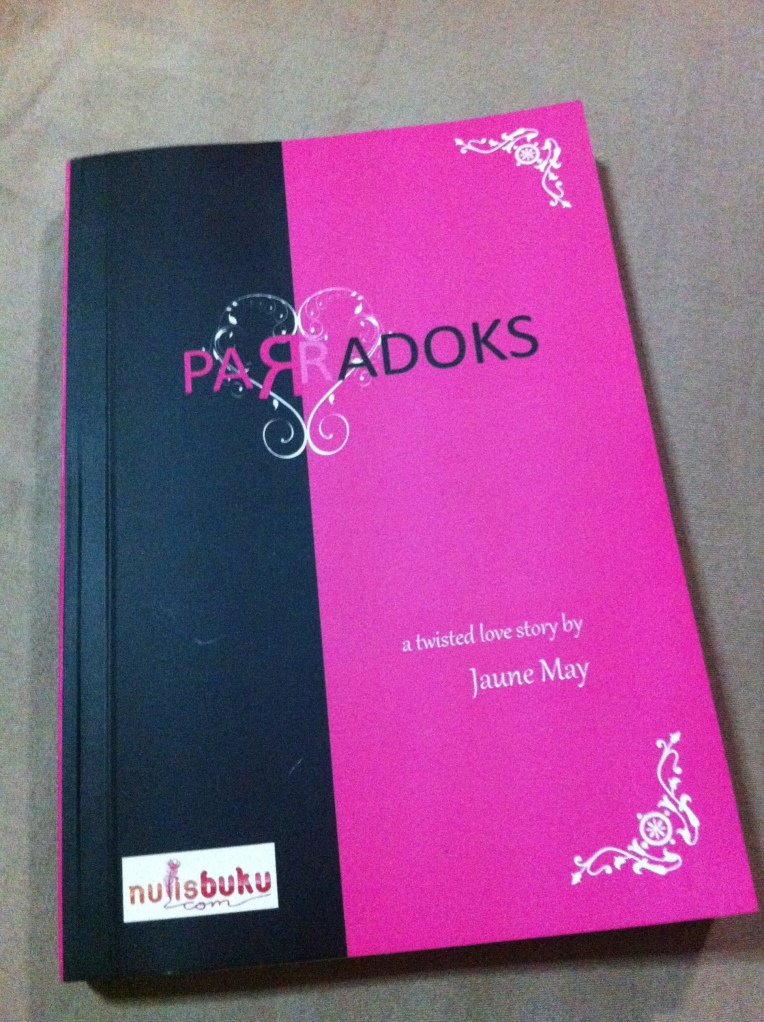